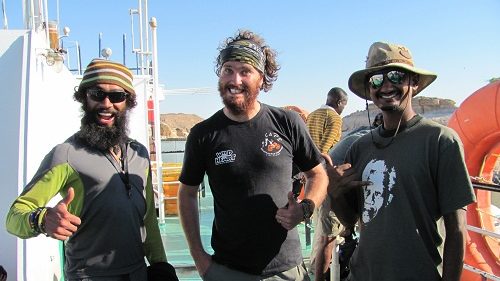 The plan was to meet Mazar in town at 11h00, but we haven’t spoken since the previous morning and we gave our passports to him two days ago. Once everything was packed up (on the bikes), we had breakfast in town (Dhamia and falafel) and waited for everyone else. Just as we were starting to get anxious (close to 11h00) Simon and Kristy pitched up in their Land Rover looking just as worried about proceedings. We had initially thought the vehicles go on the barge two days before we get on the passenger ferry, but we didn’t get any further instructions.

Moments later the three bikers we met yesterday rocked up and then the three Amaroks of the Voetspore team. Now we were only waiting for Mazar. When he arrived we each were given a departure form and another basic form to fill in. He then disappeared and later returned and said (in a hurry) we should go. We drove in convoy to the harbour where we had to leave the bikes and cars on the docks. We had to take everything we needed until Sunday and carry it to the departure lounge (if you can call it that!) There we filled in another form and handed the whole bunch together with our passports and ticket (which Mazar organised) to the officials. They stamped us out of Sudan and quickly searched our bags after which we got on a bus to the ferry.

Upon entering the boat we had to leave our passports with the officials and we each got a meal ticket. There weren’t that many people on the ferry and we easily found a nice spot to camp out. Tania and I had so much stuff to carry off the bikes, but luckily the Voetspore guys lend a hand. Poor Streicher had to carry my tank bag which got stuck to the wall of the boat (it has strong magnets in it) to the amusement of the other passengers. Andre and Nobert joined us on the deck, with the rest of the team in first class compartments.

The three SA cyclists were already on the boat when we embarked and we had a nice reunion and great company for the rest of the trip. Ria got bored in Wadi Halfa an shaved his head, while Imraan is hairier than ever: 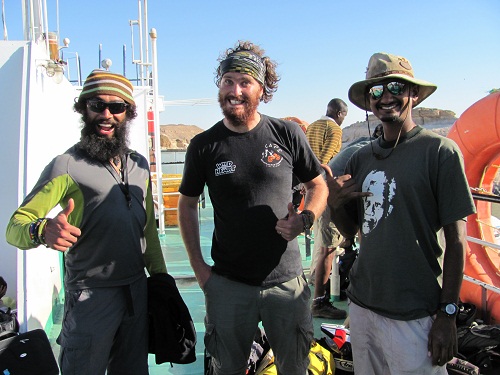 Killing time and making the usual mess with our luggage: 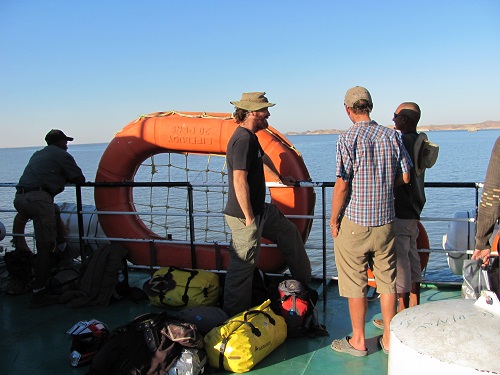 Just as the sun was about to set most of the people on deck rolled out mats and we had to move as they started praying towards the East (we made ourselves comfortable on the eastern side of the deck). Everyone on board was very friendly and the Egyptian guy that helped me clean my bike’s carb the day before showed me pictures of his bike and baby daughter on his cell phone.

Just before we crept in we had supper with the guys in first class. Johan sped up the immigration process as the officers sat right behind him in the dining area. They usually stamp the passports and then call out your name to collect it, but he did ours quickly while we ate. Gideon produced a water bottle filled with Guardian Peak Sauvignon Blanc and later filled it again with a Shiraz. Since we were already stamped into Egypt it technically wasn’t against the law anymore, but we wanted to err on the side of caution because of the 40 lashes penalty in Sudan.

Sorry for the little photos today, but the officials are rather serious on the boat. Tonight it’s sleeping under the stars in the deck of the Aswan ferry. Tomorrow we enter the final country of our Crossing Africa adventure. 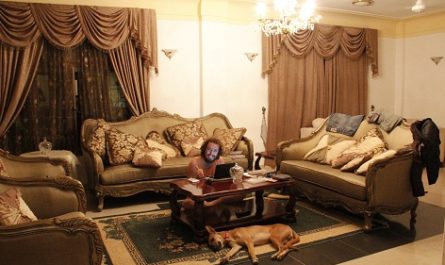 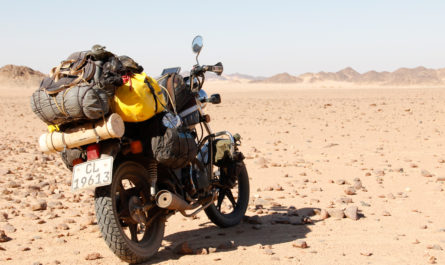 Wadi Halfa and the end of our stay in lovely Sudan 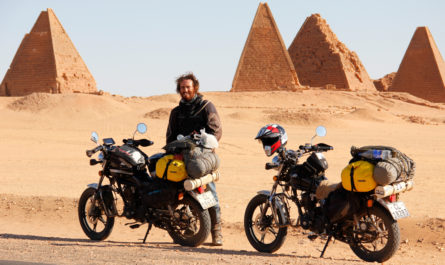