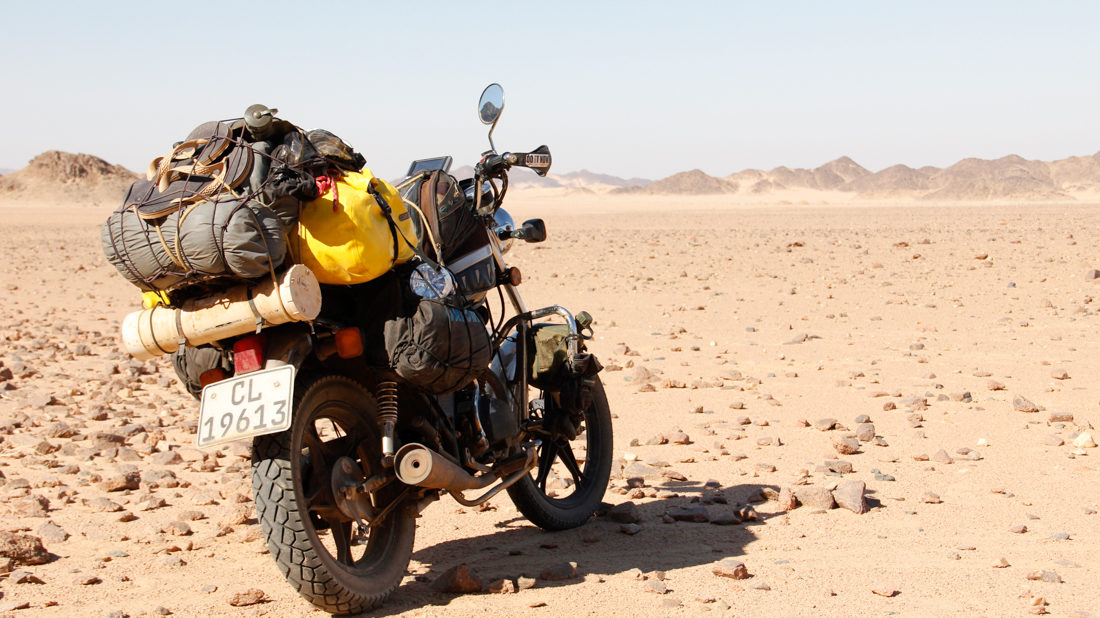 Our last bush-camp spot in Sudan was the best. We had a good view of the road on the distant horizon, but were pretty sure they would not see us. I slept outside again for a while, but in the middle of the night it was so freezing cold (even wrapped in the tent’s outer cover) that I scrambled inside for shelter. The wind was quiet, but we struggled to keep warm.

We decided to lie in since we only had 50 km to go until we reach Wadi Halfa and we were only supposed to meet Mazar (who’s going to help us get on the ferry) at midday. Here is another photo of the amazing setting from the road’s side: 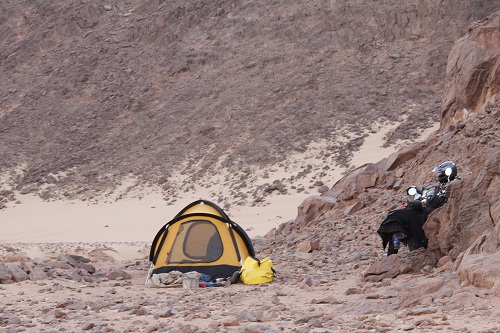 This is the view we had over the plain towards the road. The road was not visible and went in behind the hills in the distance: 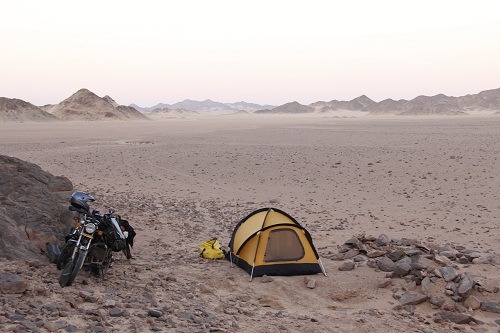 We broke up the tent before the sun came out and sit on the sheets having coffee and mango for breakfast. It was still very cold and we decided to wait until the sun come out from behind the rocky outcrop: 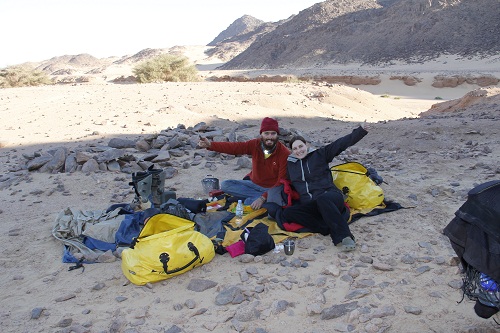 All packed up and ready for the last stretch, we headed across the desert plain to the highway. I love this part the most, riding on the untouched sand, giving the Motomia full beans in second, even third, gear.

All our Chinese gear is still working, but three of our four pannier bags are torn and my tankbag’s zipper is stripped. I tried to patch it up with duct tape, since all three our sowing needles have also broken. The three months has put a lot of strain on all the equipment with the Motomia’s still strong. 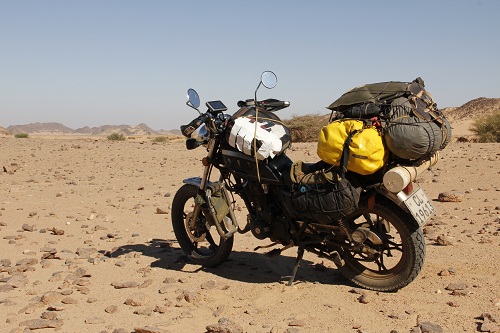 In Wadi Halfa we had goat guts and bread for lunch and met with Mazar. He rocked up on a new model Kawasaki KLR650 that a South African couple left here. The guy was 82 when they did their trip and the bike has a side-car (complete with cubby hole and head rest). There is a pic of Nelson Mandela’s face and the ZA flag on the bike as well. Mazar is very friendly and when I told him my bike’s carb seems blocked, he gave me a piece of brake cable to clean the jets with. He told us he’ll meet us at our hotel tomorrow (Tuesday).

We booked in at the Kilopatra (sic) Hotel where we have three beds and are right across the toilets. Everything seems clean enough, but I still doomed the beds and we will be sleeping in our sleeping bags to be safe. While Tania updated the blog I dismantled my carburettor and cleaned out the jets. Sure enough, when I opened it, it was filled with a fine black powder. I think it must have been the dirty fuel we’ve been using. While working on the bike an Egyptian guy came over to lend a hand. We had a nice chat, without understanding a word the other one was saying. When I assembled everything again I went for a test ride and it seems a lot better now.

It was already dark when we went out for supper and found a nice spot at the edge of town towards the harbour. The owner, a lady speaking good English, said she has fresh fish. In fact, she was getting out of the car as she stopped us, coming from Port Sudan where she bought the fish earlier today. We had four big fish, four falafels and two cold drinks for R30. Amazing! Wadi Halfa is a nice little town and everyone is out on the street at night. It is amazing how safe we feel here and are really going to miss Sudan after our two weeks here.

Tomorrow we’ll be sorting out the admin to get on the boat and Mazar said the Voetspore guys should also arrive in the morning. Until then: Goodnight. 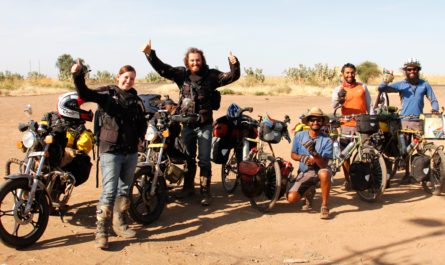 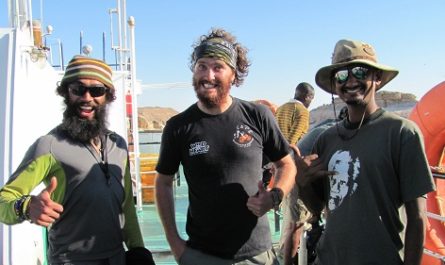 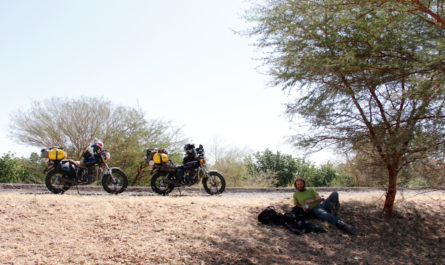 Immaculate Machasio - Enjoying our stay with the Machasio’s in Webuye

Nice to read about this!Very touching!I can see a photo taken with Mum n' Dad!at Metropolitan Hotel. All the best

Looks like you had such an incredible time crossing this region of Africa. I love going to Zambia to visit…

Annie - The boys are back in town

Fanie Ferreira - The boys are back in town