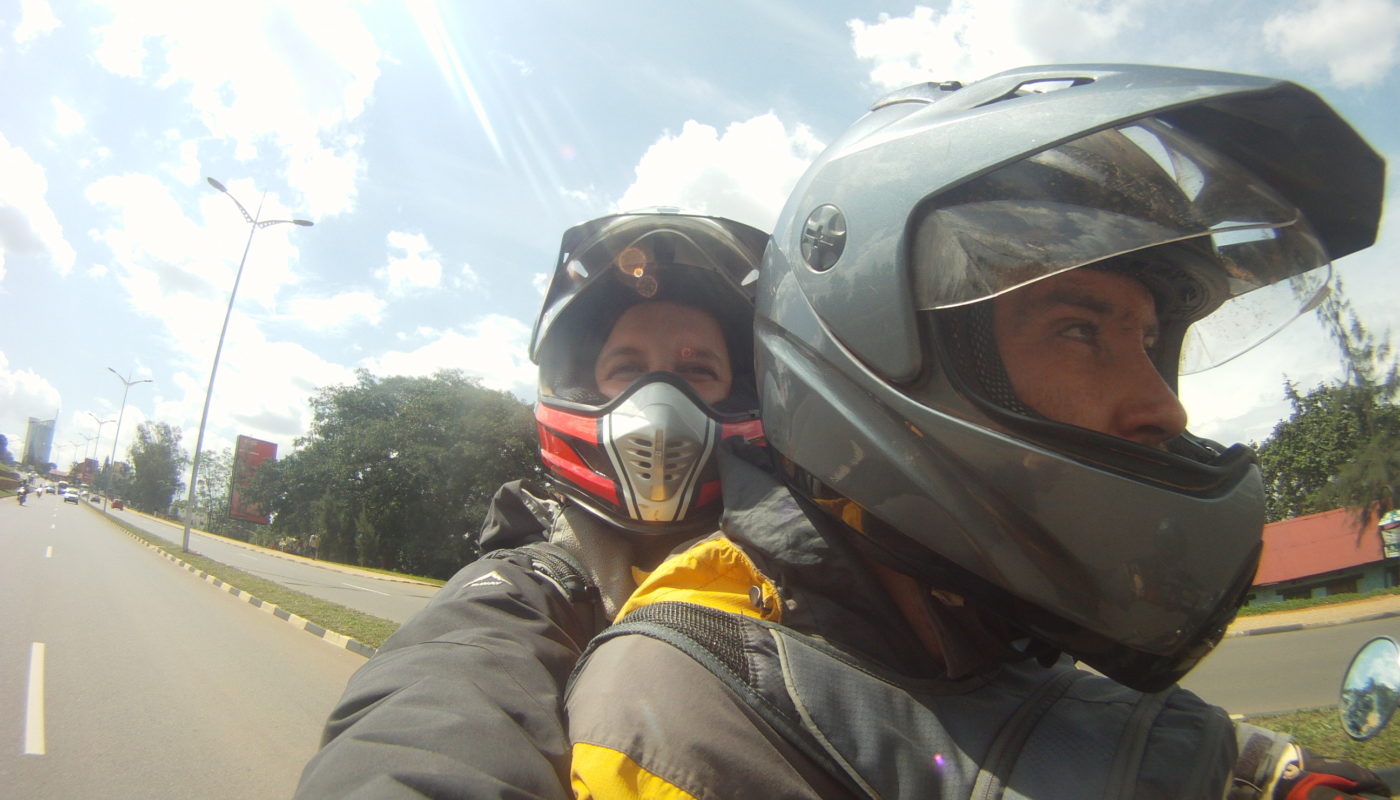 We got up early for breakfast (we ordered the day before for 8h00), but when we got at the restaurant it was still closed. The friendly receptionist from who we ordered yesterday was very apologetic for forgetting and ran around organising a huge breakfast of chapatti (pancake-like thing – yummy), omelette, bread, bananas, pineapple and tea. We struggled to finish all of it, but this meant we could last until supper, which we did. We had one mission for today: Get permits to go and watch the Mountain Gorillas. That is the main reason for the detour via Rwanda and Uganda.

There are only seven small groups left in the world and they are all here in Rwanda and Uganda in a small mountain range towards the North West of Rwanda. Only eight people are allowed per group and each family of gorillas only get visited for one hour per day. This means there are only 56 places available each day… in the world. Most people book months before had, but we couldn’t do this as we didn’t know when we’d be here. Good thing we did not, as we’re about a week behind with our initial planned schedule. To make the mission a bit more interesting we realised a day ago that its weekend and we also still needed to get hold of US Dollars. The permits aren’t cheap. Luckily the tourism office only closed at 14h00 and the bank at 15h00, so we had five hours.

… which was spent racing through traffic: 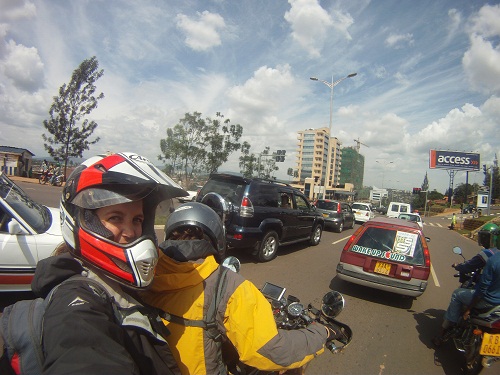 Tania riding pillion through the madness: 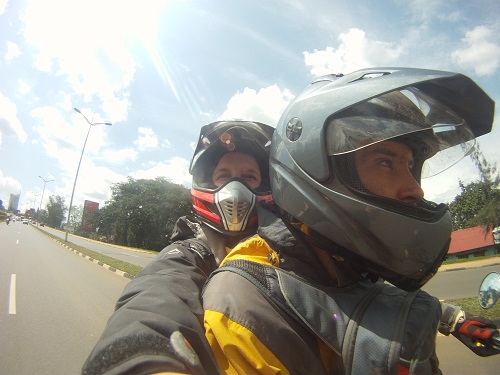 We went to the Bank of Kigali to withdraw Dollars, but my PIN didn’t work. After three times the machine bombed out and the lady said y card was stopped. I couldn’t phone the call centre as we didn’t have a local SIM card yet and withdrew a third of what we needed (the tourism lady said we can pay in Rwandan Franc) with my other card before the ATM said I cannot withdraw any more. We ran over the street to Eco Bank where the second card now would not work. Then I tried the ‘stopped’ card for a laugh and it worked fine twice. The third time it again said: “No luck!” after which the other worked again. I am just glad my card wasn’t stopped. It seems as though the connection to the outside world is still a bit fragile. The 2010 Lonely Planet said the ATM’s are not yet linked to the outside world, which goes to show how fast things are developing here in Kigali. A special thanks to my mother who transferred funds into my second account within minutes of receiving my text message, baie dankie!!

We knew it was a long shot to organise the permits in a day (most people wait for cancelations) and kept Uganda as plan-B, but in the end everything worked out perfect: 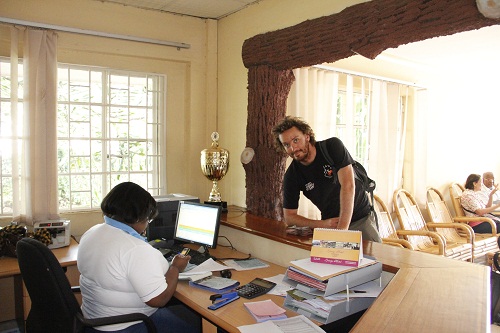 We met Lihn from Vietnam (USA) who is also going on the Gorilla trek on Wednesday and she told us about a nice (and cheaper) place to stay in town, so we’ll be moving camp tomorrow. We also met a great couple from London (Guy and Lu) who’s been driving down by Land Rover for 5 months. They still have 5 more to go. We exchanged experiences from our travels this far which made us look forward to the Northern section of our trip even more. Enjoy the rest of your trip and maybe see you in Cape Town in 5 months’ time!

We washed the worst of the mud from our bikes this afternoon, but it is so bad we’ll have to them a second wash tomorrow. I will also change the oil and clean and lube the chains. We’ve really put the little Motomias through much more that what they should have to deal with and they’re still going strong. 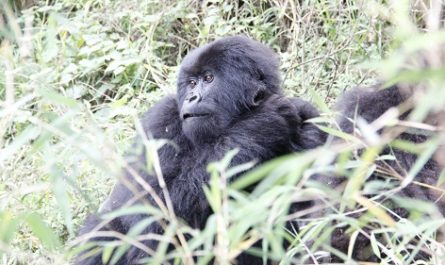 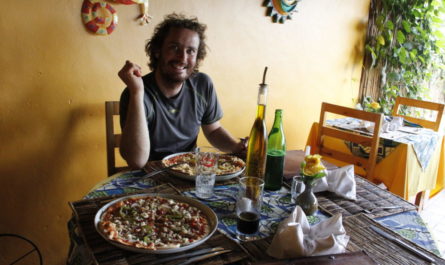 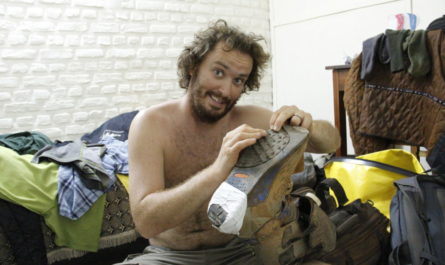 The land of a thousand hills