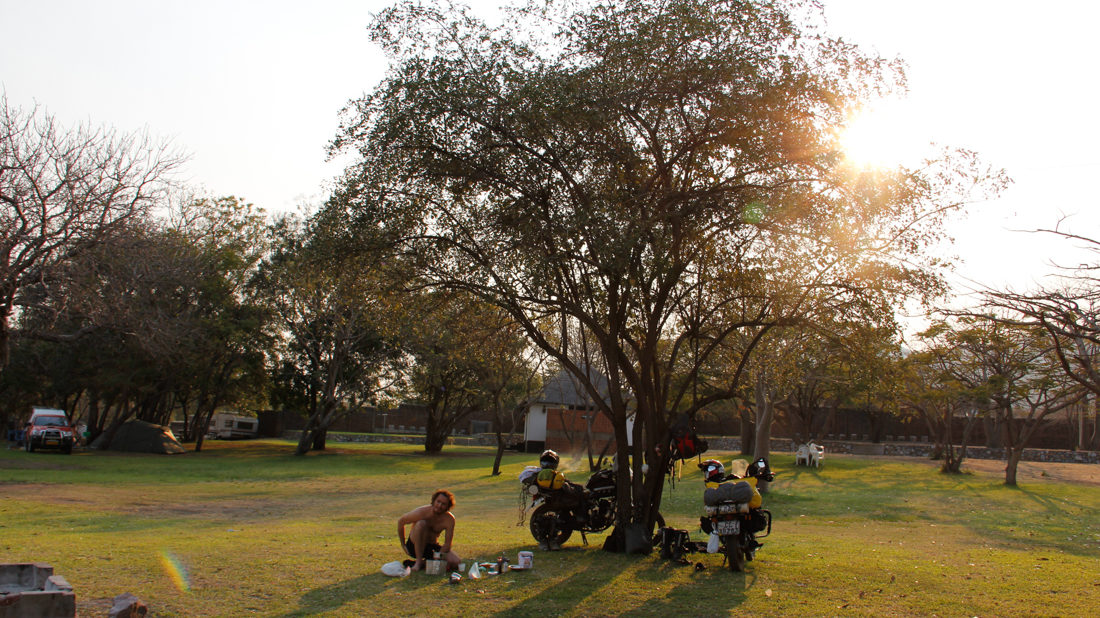 This post is a bit late as we did not have cell phone reception in the Nkhotakota Wildlife Reserve where we stayed last night, so here is the long-awaited feedback about yesterday :o) Yesterday morning we had a surprise rain shower in Senga Bay where we stayed at the beautiful Steps campsite next to Lake Malawi. As usual we were sleeping without our tent’s outer cover so it was a bit of a scramble to get the cover on quickly and to get everything that was casually draped on the bikes into the tent. It only lasted about 15 minutes and everything dried quickly.

We set off towards Nkotakota Wildlife Reserve at about 10h30. In Malawi the speed limit through villages is 50 km per hour and on the open road 80km per hour so yesterday as we passed through village upon village upon village we achieved a record low moving average of only 44km per hour :o) It was however very interesting to see the beautiful wooden furniture and woven baskets and carpets lined along the road. It is a pity we can’t take anything with us! It is also fascinating to see what these Malawians can manage to load onto a bicycle – from goats to huge piles of wood to baskets with fruits and the women sit on the carrier at the back with their babies swinging happily in mid-air as they are tied with a blanket on their backs – cool!

Anyways so we spent quite a lot of time on the road and then reached the turn-off to Nkotakota Wildlife Reserve where we were headed to the Bua River Lodge for the evening. 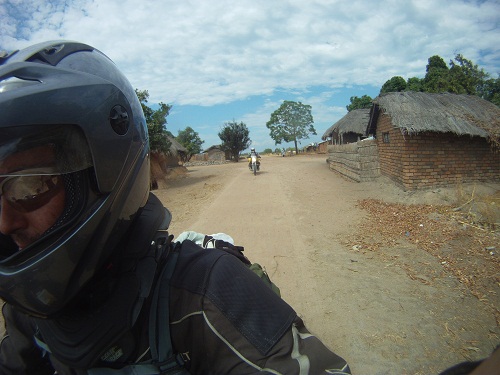 The road looked a bit rugged and for nearly 12 km of gravel and passing village upon village again we reached a dead end! From this photo you can see what I thought of this :o) 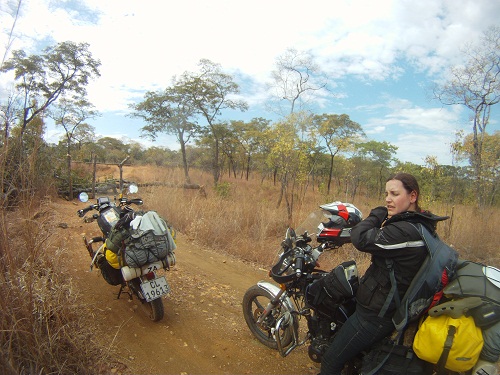 The road was completely closed and it said NO entry so we could not even go ahead. In the distance we could see the Bua River Lodge sign…

We then had to trek all the way back waving again to everyone as we passed their villages with the kids pouring out from under shady trees all waving and screaming. But it was actually very good to get the bikes on a dirt road again (plus there was no sand!) so it was a nice ride. 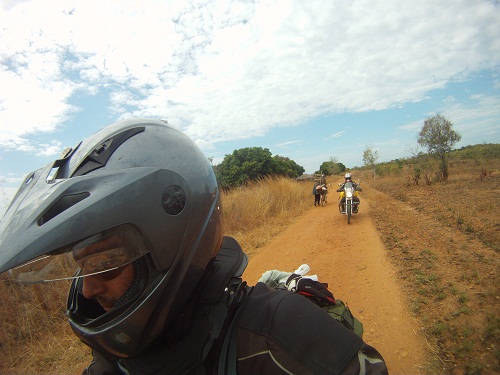 We eventually reached the big road again and a few kilometres onwards there was a sign to Bua River Lodge and a slightly better gravel road leading into the distance. It turned out that this was the new road to the reserve and it has not yet been updated on Tracks 4 Africa (on the GPS). So off we went again passing village upon village and 12 km further we reached the gate into the reserve where the friendly Anro (who took about 15 minutes to write a receipt :o)) showed us in. 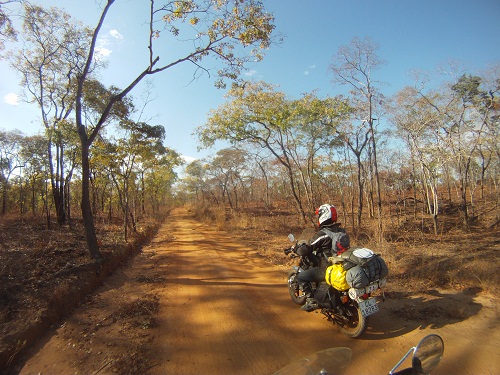 Soon we were at our camp, the only people there so we had the whole deck and area to ourselves – we did however get about five scouts (security guards) to watch over us that night. Here in Malawi jobs do not come easy and tourism is struggling with the lack of fuel and rumours about riots. The camp is beautifully situated next to the Bua River and we do not wander off too far as the river is home to a number of crocodiles. We then meet Juma, a local guide, who promise to show them to us in the morning…

A great ride to Sangilo Sanctuary 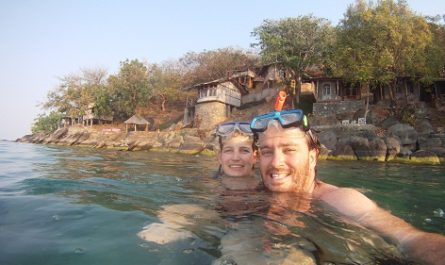 Chilling out next to lake Malawi 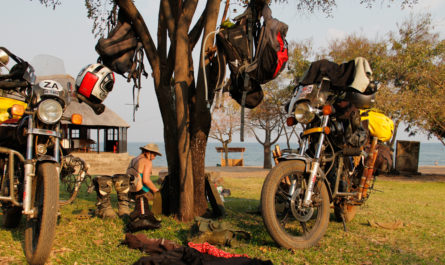 2 thoughts on “The long way round to Nkotakota Game Reserve”