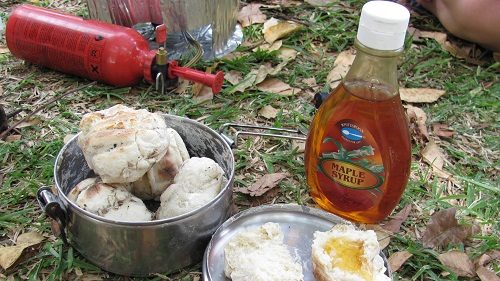 Since today was a public holiday in Zambia, we decided have a rest as well. It was great sleeping late under the trees and lazing around our tent on the grass. While sitting in the shade (alone in the campsite) an entourage of SUV’s and pickups arrived. There were at least 15 of them, some of which were police vehicles. Only two cars entered the gated area and a couple of well-dressed people and some armed guard got out. An hour or so later they left again and we went for a swim. At the dining area we saw red carpets and heard the president had just had breakfast here. He is good friends with the owners and we are SO sorry we didn’t meet him. From what we’ve heard he is a great man.

After the swim and some more lying around we made roosterkoeke and had lunch and another nap under the trees.

We don’t have a mixing bowl, so I had to make the dough in our cooking pot: 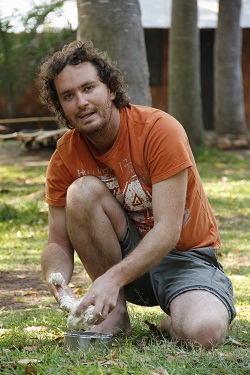 The result worth the trouble and we’ll definitely do it again: 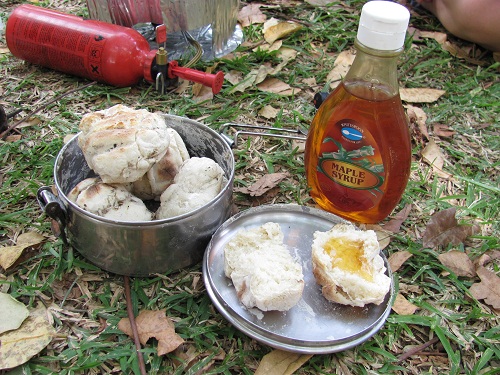 Tonight there are two other groups (of over-landers) in camp, so we’re not alone anymore. Tomorrow we’ll be heading off to Malawi. Let’s hope we get through the border without having to pay unnecessary taxes like we did entering Zambia. Apparently the road toll and Council levy are just for trucks?! We have also heard a lot of stories about Malawi regarding fuel problems and the like, so fingers crossed!

Since we don’t have much else to blog about tonight, I have taken the time to show you what my bike is carrying (upon request of my brother), so here goes:

We both have two Oxford saddle bags, an Ortlieb Touratech dry bag, a tank bag and a 7 litre fuel bag (which takes 6 litres!). Then we each also have a backpack and a cargo net for loose stuff.

The Touratech bags are full of clothes (some of which I am not going to use!) and our sleeping bags and mattresses. Tania also has the tent and she has all the food and cutlery (see previous post in Lusaka).

I have a braai grid on the back and the following in my saddle bags and tank bag:

The right hand side has the satellite phone, GoPro spares and other charging devices. It also takes the loo paper, Q20 and spare CDI and rectifier. 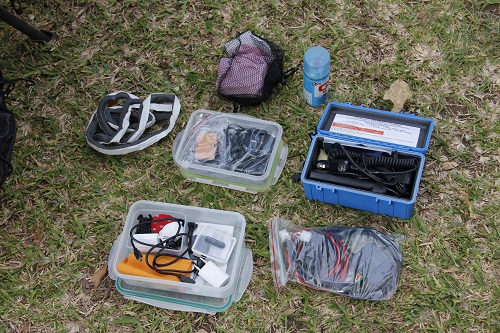 The left hand side has all the cooking equipment, spare batteries, more charging devices, spare cable ties (a lot) and three rolls of duct tape (Chinese bikes, remember!) and our LED camp light which plugs into the left side cover. 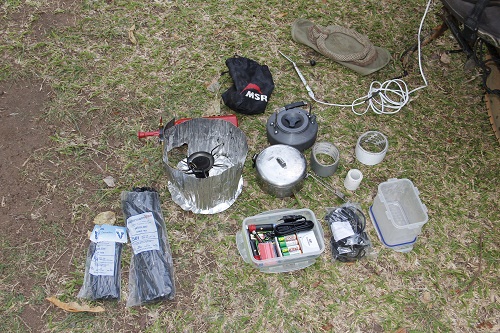 The tank bag has all the tools, maps, spare note books and pens as well as small spare parts. My note book and pen is in the top to write down trip stats and fueling figures as well as the costs every day. I have the GoPro in the top pocket sometimes (with a safety rope attached to the left mirror). This makes it easy to take videos and pics while riding through small villages. The three most important items usually go there (Leatherman, head torch and blow torch). 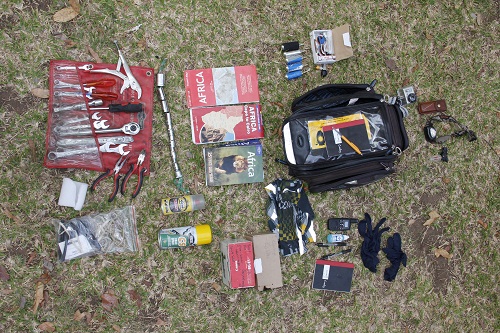 Everything is easy to get to and I know where to find it. The golden rule is to put something back where it came from directly after use!) After two weeks we’ve perfected breaking up camp and both bikes can now be ready to go (including rider gear on) in less than 20 minutes.

We’ll try our very best to send our first update from Malawi tomorrow, but please bear with us if you do not here from us tomorrow. 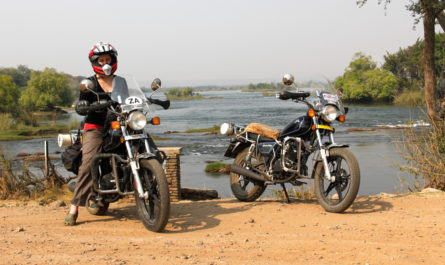 Having a jolly time in Livingstone 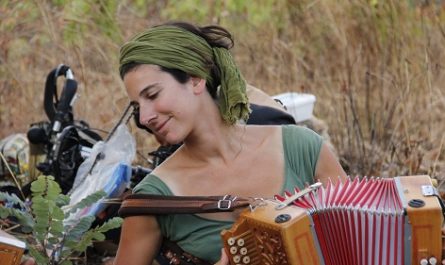 On the road again and meeting more great people 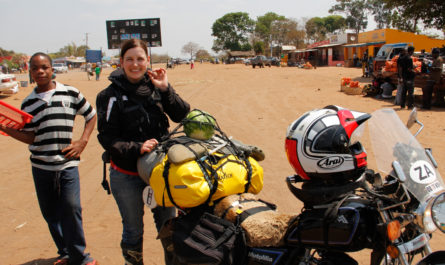 8 thoughts on “Doing pretty much nothing on the public holiday”